The early 80’s is when the Dynamic Duo of Dale Mann and Aaron Ladd began dominating the airwaves as a morning team on a 3000 watt FM Country station in Sulphur, LA.  It was at this time where Dale Mann & Aaron Ladd grew into the ‘Country Boss’ of the Southwest Louisiana market.   The pair traveled promoting every significant event, product and business with many live appearances and remote broadcasts.  Dale & Aaron founded, conceived and built the outdoor music shows for Contraband Days Festival that remains a very large draw for Contraband Days each year.

Dale directed his attentions more to the Sales & Marketing areas of broadcasting.  Aaron, on the other hand, focused on Programming & Engineering and the technical aspects of broadcasting.  Country Music and Rodeos go together like rice and gravy, and this became the arena where Dale and Aaron would shine next.

A crossroads came that seemed to lead to Dale Mann and Aaron Ladd going separate directions.   With a goal to pursue higher education and earn a degree now being the goal, in the early 90’s, Aaron returned to the class room.  This would ultimately lead to Aaron accepting a teaching position as a Drafting & Design Instructor.  Promotions in the education field came relatively quickly for Aaron into management and administration.  He also received recognition with nominations for State Teacher of the Year.  All along Aaron kept his hand in broadcasting by hosting a Sunday evening Classic Country Music Program.

Aaron & Dale never lost sight of their dreams to work together in promoting Southwest Louisiana and Country Music.  When Randy and Jordan Boudreaux presented the opportunity to join up with Bou-Boyz Entertainment and host Backroads & Beyond, an internet radio station they were creating.  A match, we all agree, that God is directing, as part of His Plan for us all.  Join along with us we make new friends and build new memories, with a lot of old friends reliving old memories. 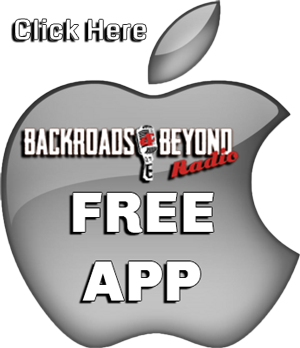